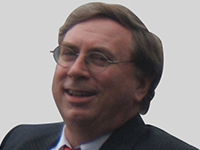 Tony Michell
Advisor to the Chairman

After receiving his doctorate from Cambridge University in Applied Economics, Tony has been based out of Seoul, Korea, working as an advisor and consultant to government agencies and corporations. Dr Michell has contributed to studies on employment, regulation, and policy in Korea and other Asian countries for the World Bank and numerous other multilateral agencies. He has assisted various Korean ministries directly, including setting up an overseas aid programme in the 1980s that took him on projects to Bangladesh, China, Indonesia, Nepal, Pakistan, and Papua New Guinea.

Dr Michell has also managed his firm’s operations in Beijing, North-east China, and Pyongyang, as well as consulting projects in Japan, Taiwan, and Hong Kong. He was responsible for most of the western investment in North Korea from 1993-1997 and again in 2000-2002.

He has worked in both strategic and hands-on situations with clients from the pharmaceutical industry on government relations, regulatory advice, patient care, and distribution. Clients have include GSK, Roche, Bayer, Zeullig Pharmaceuticals, LG Pharmaceuticals, and Merck. In North Korea he helped establish Pyongsu Pharmaceutical JV and worked with various NGOs and international agencies on infant nutrition, patient care, and use of oriental medicines in the absence of western pharmaceuticals. He is currently involved in plans to create a new medical school in Korea and research centre for the diseases and conditions of aging. Both this and work in Sudan in dealing with land mine victims has led to an interest in artificial limbs and associated technology.