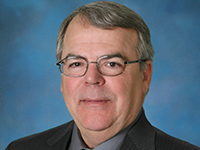 Barrie was born and educated in the State of Michigan before entering the US Army, where hespent some 27 years in the Light Infantry, retiring in 1995 at the rank of Colonel. Barrie, a 2008 inductee into the OCS (Infantry officers) Hall of Fame, is known for his organisational development and leadership, culminating in the construction of an 85km road connecting the agricultural area of Central America and the shipping ports on the Atlantic coast.

Skilled as a resource and organisational manager, Barrie has worked on projects in several countries around the world and holds a Masters in Organisational Behaviour. He is also a Board member for the Rocky Mountain Youth Leadership and former President of Woodmoor Water and Sanitation.